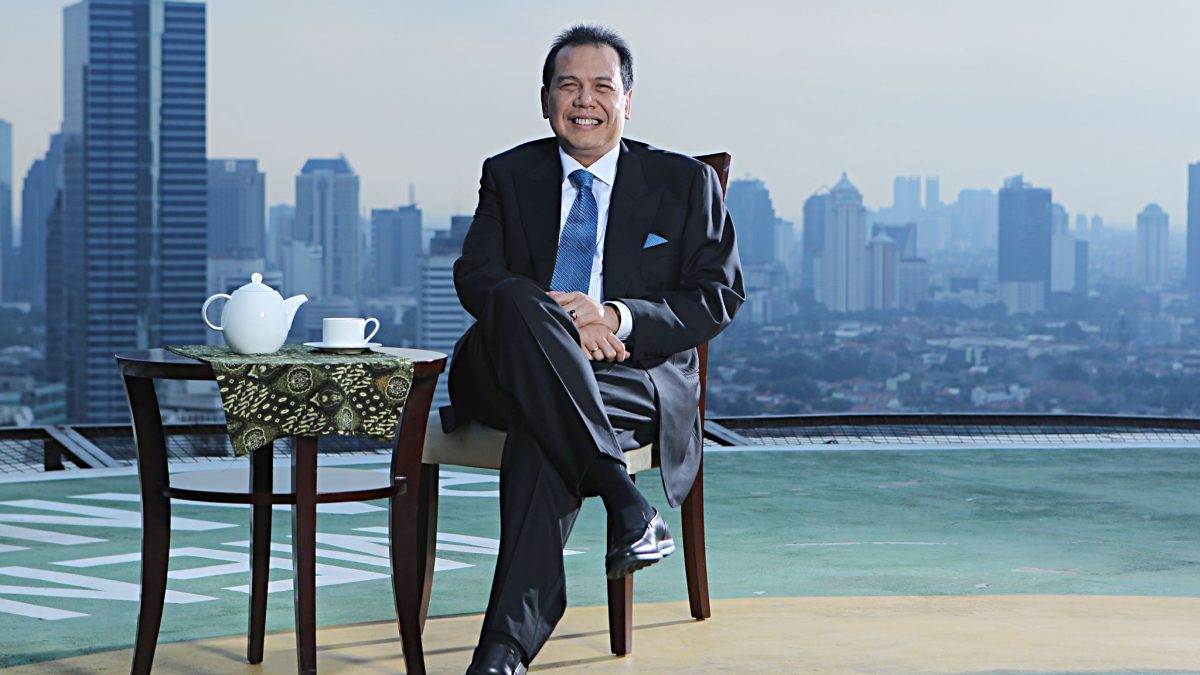 financialtreat – will explain about Financial Management With Successful Entrepreneur Chairul Tanjung that you will get in the following article. Let’s look at this article carefully!

Being a successful entrepreneur is not always only due to large capital ownership factors, but also because of financial management factors and good financial statements. It could be that a product is very popular in the market and brings a big profit. But if the entrepreneur does not have a good financial arrangement, then it is certain that the profit will not be turned into a new investment to raise the business.

His education was completed in Jakarta. After completing his education at Boedi Oetomo High School, Jakarta, Chairul Tanjung entered the Department of Dentistry, University of Indonesia (UI), Jakarta, and graduated in 1987. At a relatively young age, which is 25 years old, he managed to finish his education, he also received an award as a National Exemplary Student in 1984-1985.

Chairul Tanjung has known business since he was in college. He sells stencil college books, T-shirts, and others. He also opened a photo of coffee on his campus. Chairul Tanjung had also set up a medical equipment store and laboratory in Senen Raya, Central Jakarta, but the business had to stop in the middle of the road because it went bankrupt.

how does Chairul Tanjung go about its business?

Slowly but surely, Chairul Tanjung established a business with three colleagues named PT. Pariarti Shindutama, this company produces children’s shoes for export, and at the beginning of the company received an order for 160 thousand pairs of children’s shoes from Italy. However, with the difference in mission vision, Chairul Tanjung finally chose to separate and set up his own company.

His expertise in building networks and as an entrepreneur makes his business more developed. He directed his business to conglomerations and positioned himself in three core businesses, namely finance, property, and multimedia. Then he named the company the Para Group.

Chairul Tanjung’s success in the business field continues to rise, even his name was included in the list of the richest people in 2010 in the famous magazine Forbes. In addition to the success of his business, Chairul Tanjung was also appointed as the chairman of PBSI. Even President Susilo Bambang Yudhoyono asked him as Minister of Economy to replace Hatta Rajasa from May 19, 2014, to October 27, 2014.

Chairul Tanjung is included in the category of the 10 richest people in Indonesia according to Forbes magazine. In 2017, he even occupied the sixth position of the 286 richest people in Indonesia. This is not surprising because the Groups he founded have been successful in each of their branches. Chairul Tanjung’s wealth is estimated at $4.9 Billion Dollars. If calculated in rupiah, the nominal is around Rp. 65.3 trillion rupiahs.

In addition to success in the business world, Chairul Tanjung also became Minister of Economy in 2014 during the leadership of president SBY (Susilo Bambang Yudhoyono). Not only that, but he also entered the world of education. One of them is by becoming a professor at Airlangga University. He also took part in social activities and sports by becoming the chairman of PBSI. However, for the majority of his time, he used to manage the business at CT Corp.

From a piece biography of Chairul Tanjung and the journey of his life, we come to know that success cannot be obtaine easily. There are many things that must be sacrifice and fought for seriously. Chairul Tanjung does not come from a distinguished family. However, his persistence has changed his fortunes and now he is the frontman of the richest figure in this country.

So what makes it as successful as it is now? Check out the key to successful business a la Chairul Tanjung which is summarized below.

Not born to a wealthy family, Chairul Tanjung successfully proved that anyone can achieve success. The nickname ‘The Son of Cassava’ attached to him did not appear because he liked to consume cassava, but a nickname known to describe fringe people at that time.

His father was a former journalist who circulated newspapers in the new order era. However, due to a political crisis and considered to be the opposite of the government, his company was force to close. Requires Chairul Tanjung and his family to sell their house and live in a cramped inn.

Not discouraged, the man born in Jakarta, on June 16, 1962, remains focused on doing his best to improve his fate. Until finally he managed to enter the Faculty of Dentistry, University of Indonesia, and graduated in 1987. It was in this lecture that his entrepreneurial spirit was honed.

In addition to selling LKS, T-shirt screen printing, and photocopying services, with sober capital, he also worked hard to build a medical laboratory equipment store in Senen, Central Jakarta. Although the store had to go out of business, Chairul Tanjung did not just stop selling.

After graduating from college, he again built a business with three colleagues. By borrowing funds from Bank Exim amounting to Rp150 million, they also establish PT Pariarti Shindutama which produces children’s shoes and manage to get an order for 160,000 pairs of shoes to be export to Italy.

In his book entitle “Chairul Tanjung the Son of Cassava,” he said that one way to become a successful entrepreneur and have a business that can advance is the discipline of turning money from the profits obtaine. He mentione that there was an unforgettable moment when he earn a large enough money while studying in 1981.

At that time, there was a college book that cost a photocopy Rp 500. Chairul Tanjung then look for a cheap photocopying place and he could get a price of Rp 150 per book. He then offer the book to his friends at a price of Rp 300,100 his college friends turn out to want to buy the book at a more affordable price. He earn a profit of Rp 150 x 100 people/transaction, which is Rp 15 thousand. From the profit of Rp 15 thousand, he use it to roll back capital so that the money continue to grow.

With the greater capital turnover, Chairul thought about how to keep the money growing. At that time he saw the space under the stairs of his campus at the Faculty of Dentistry, the University of Indonesia unused.

He saw that the place was crowd with passing students. He thinks that the space under the stairs is use as a place of business and can bring quite good profits. The photocopying business was an idea that cross his mind at that time.

He implemente a profit-sharing system with photocopying entrepreneurs of his acquaintances. Each copy, Chairul will get Rp 2.5 rupiah. In order not to be lie to, he study the arrangement of the photocopier and could find out how many sheets of paper were photocopy that day.

The discipline of Organizing & Recording Finances

Chairul Tanjung reveale that to become a successful entrepreneur it also takes effort to do more compare to others. That is, if you want financial management to run well, you also need to be more discipline in managing it and more assertive in managing income and expenses by recording it. Do not let the benefits obtaine already enjoy so forget to raise the business.

Being a successful entrepreneur like Chairul Tanjung, of course, is a dream for many people. Chairul Tanjung emphasized that to have a successful business, in addition to the courage to start a business must also have a good financial management concept from the beginning of the business to become as big as it is today.